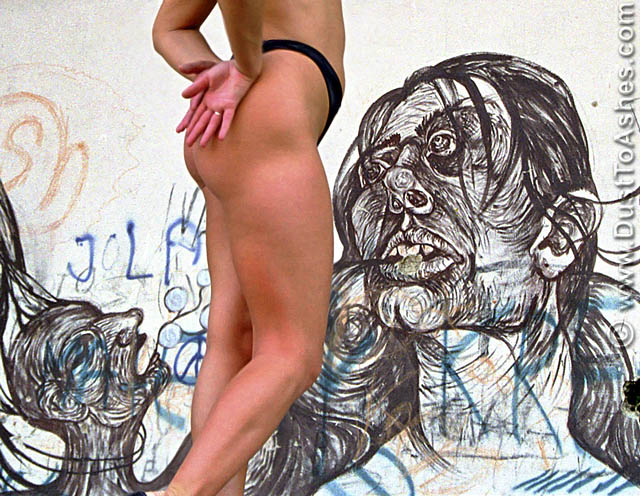 One day I was exploring the old parts of the city where once in more modern times was something what was called ‘Summer Theater’. The theater was wedged inside the old historical ruins of the old remaining parts of the city walls. With the ever changing tastes of society this theater was eventually closed and abandoned. The picture is showing torso of my friend walking in front of the old projection wall fully covered with graffiti. That autumn afternoon we did few more variations on contrasting beautiful woman’s legs and hungry looking faces, which I’m planning to post here as well. The photo was taken in Olomouc city in Czech Republic, region called Moravia located east of Bohemia.

Beauty and the Beasts